Luo Existence from The Ancestral Homesteads to Informal Settlements

The first Luo settlements were established at Ramogi Hill, Siaya County, prior to migration of Luo peoples into the rest of Luo land. Traditional governance systems ensured sustenance and thriving of Luo culture and architecture. The disruptive colonial experience was metabletic (highly transformative), inducing acculturation amongst the Luo and entrenching ‘alien’ institutions in the administrative and economic systems (capitalism). Forced taxation through wage labour initiated rural to urban migration. Pre-colonial egalitarian existence was substituted by societal stratification evidenced by emergence of few Luo elite and proliferation of Luo peasants. While reasons for development of informal settlements in Kenyan cities have been extensively researched by Kenyan academics and international organisations such as UN Habitat, the impact of the ‘slums’ on Luo culture (traditions and philosophy of life) as expressed in built forms, spatial organisation and spatial experience have not yet been brought to the fore. This paper describes, in outline, the existence of the Luo in informal settlements of Nairobi (Kibera) and Kisumu. Hermeneutic research methods were employed in critical analysis of archival publications and reading of images (photographs and architectural sketches) as socio-cultural texts. Typical housing typologies in Kibera are presented and explicated. The impact of Kisumu ‘slums’ on the culture of their Luo inhabitants is substantiated. The study established that Luo existence in urban slums was incongruent with traditional Luo culture. Luos in these slums exemplify challenges of modern capitalistic existence. Capitalism disrupted traditional forms of Luo communal dwelling. Individualism has been entrenched. Families have been torn apart. New kinships have been established. However, slums as informal settlements remain the only easily accessible housing for poor urban Luos, who must yield to this new form of existence despite its manifold cultural challenges and constraints. The study recommends slum upgrading through culturally sensitive affordable housing rather than Modernist mass housing. 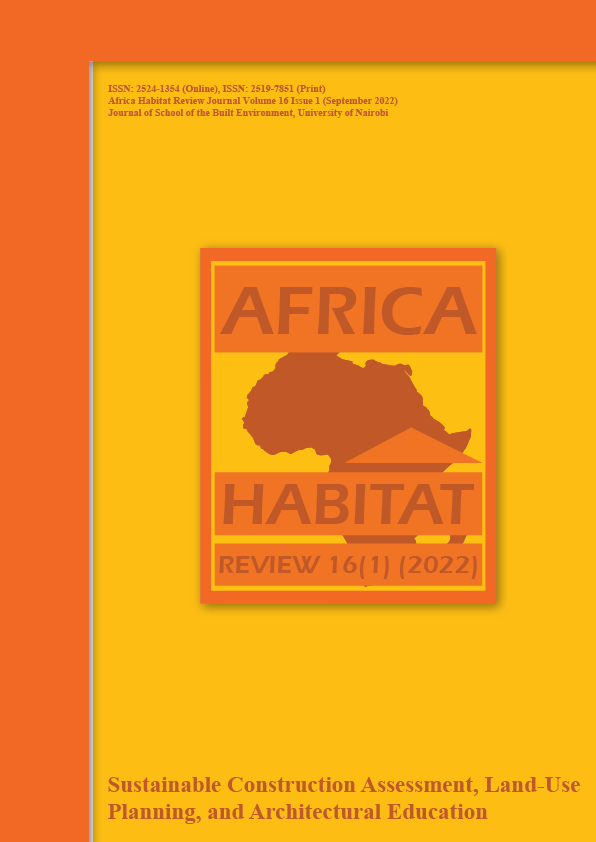