A Conceptual and Methodological Explanation

Three propositions are advanced to explain the peculiar ‘sporadic and appended sprawl’ currently emerging at the rural-urban interface of the Kenyan cities. First, if policies treat the rural and urban spaces as separate cocoons, the zone-specific development control models emerge and the unregulated rural model become cheaper. Secondly, if the value of properties in the city and in the areas outside them shall not vary significantly, speculative investment will ensue outside the city, thus forming sprawl. Thirdly, the sprawl cannot be regulated by the two cocoon-specific development control models and this makes it sporadic. To verify the three assertions, a comparative analysis was carried out. Nairobi average land values (LAVA), house values (HOVA) and rent values (REVA) were compared with those of the bordering counties of Machakos and Kajiado. The average cost of undertaking development, both in the city and in suburbia, were also subjected to analysis of variance. The inquiry found that whereas there were no significant variations in LAVA, HOVA and REVA values (TR) in Nairobi and suburbia, variations in development costs (TC) were significant. It was concluded that variations in cost led to speculative investment in the less costly suburbia. To prevent the ‘sporadic appended sprawl’, the rural-urban ‘divide’ must be harmonized. 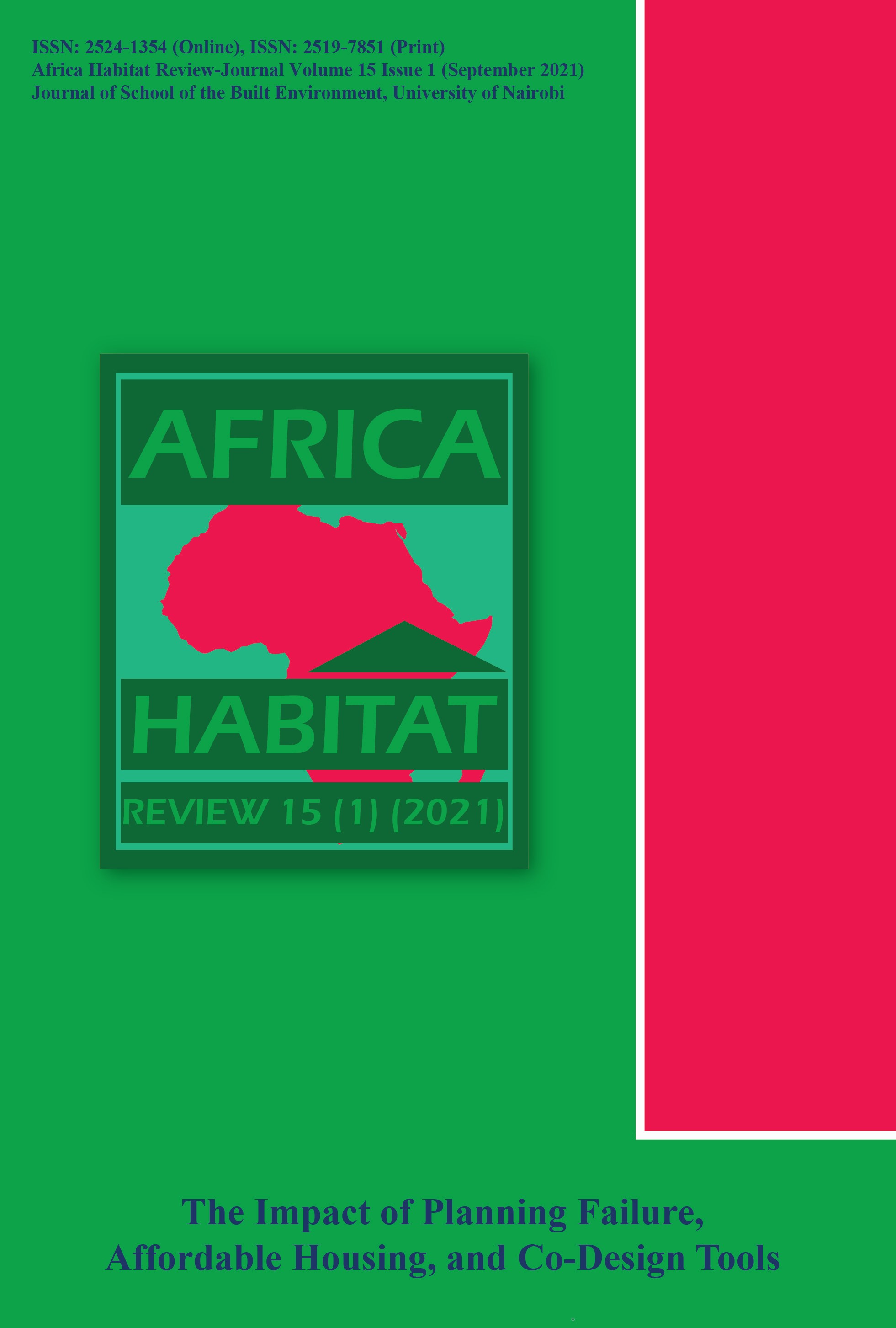